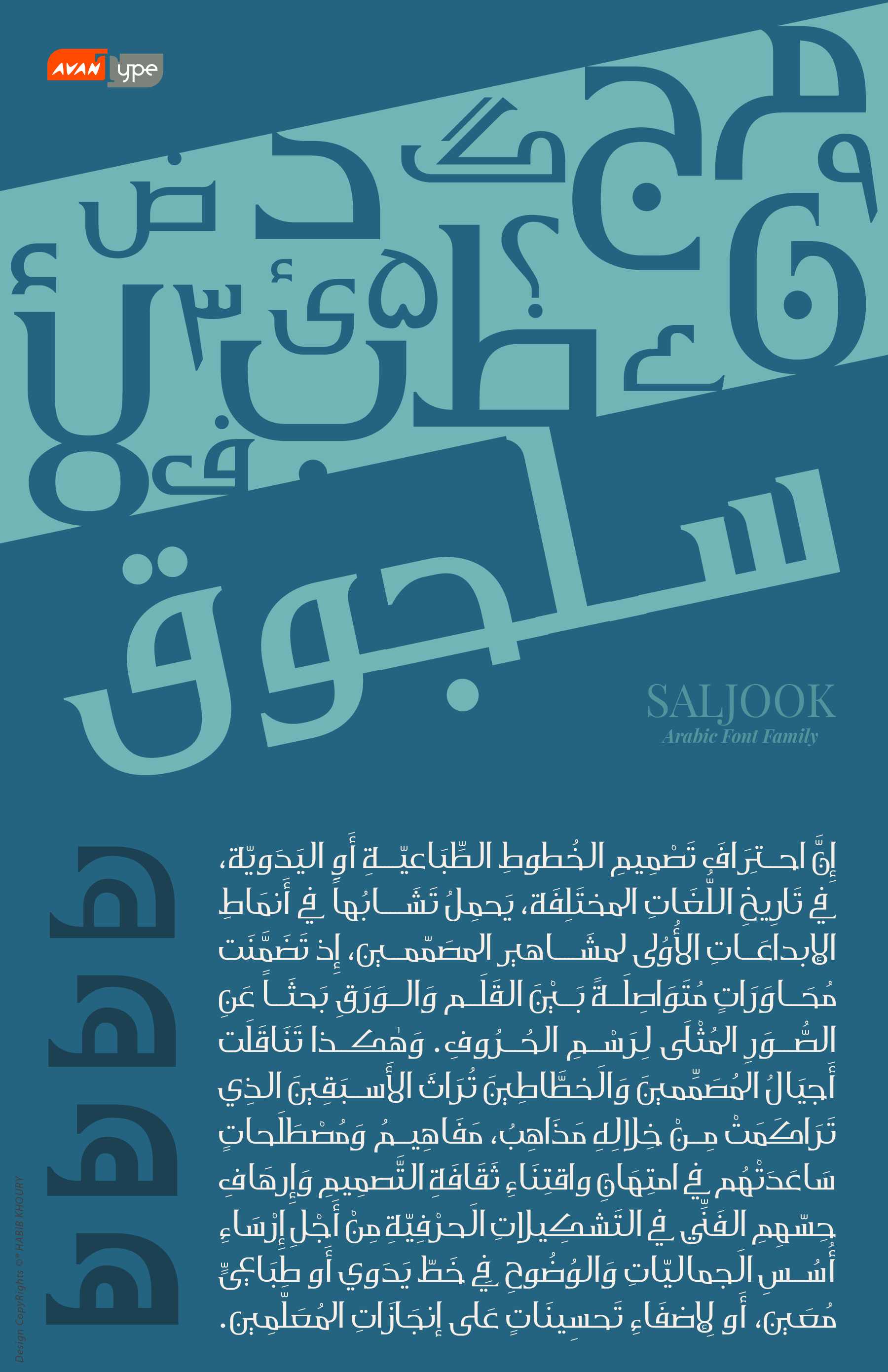 The first sketches of the Saljook (Seljuk) typeface were submitted In 1995, as part of a research at the Central Saint Martins College in London. It has addressed a new methodology for the Arabic script development… Similar to previous attempts of the Iraqi calligrapher Muhammad Saied Al-Sakkar, and the Lebanesse type designer Nasri Khattar.
The Font Seljuk family derives its features from the kufic late styles, with different shaping though, combining solidity in typeface and sharpness executed in high quality of penmanship. Having embeded the glyphs with universal touches, whilst all type casting is genuin with no crossbreeding from Latin scripts.