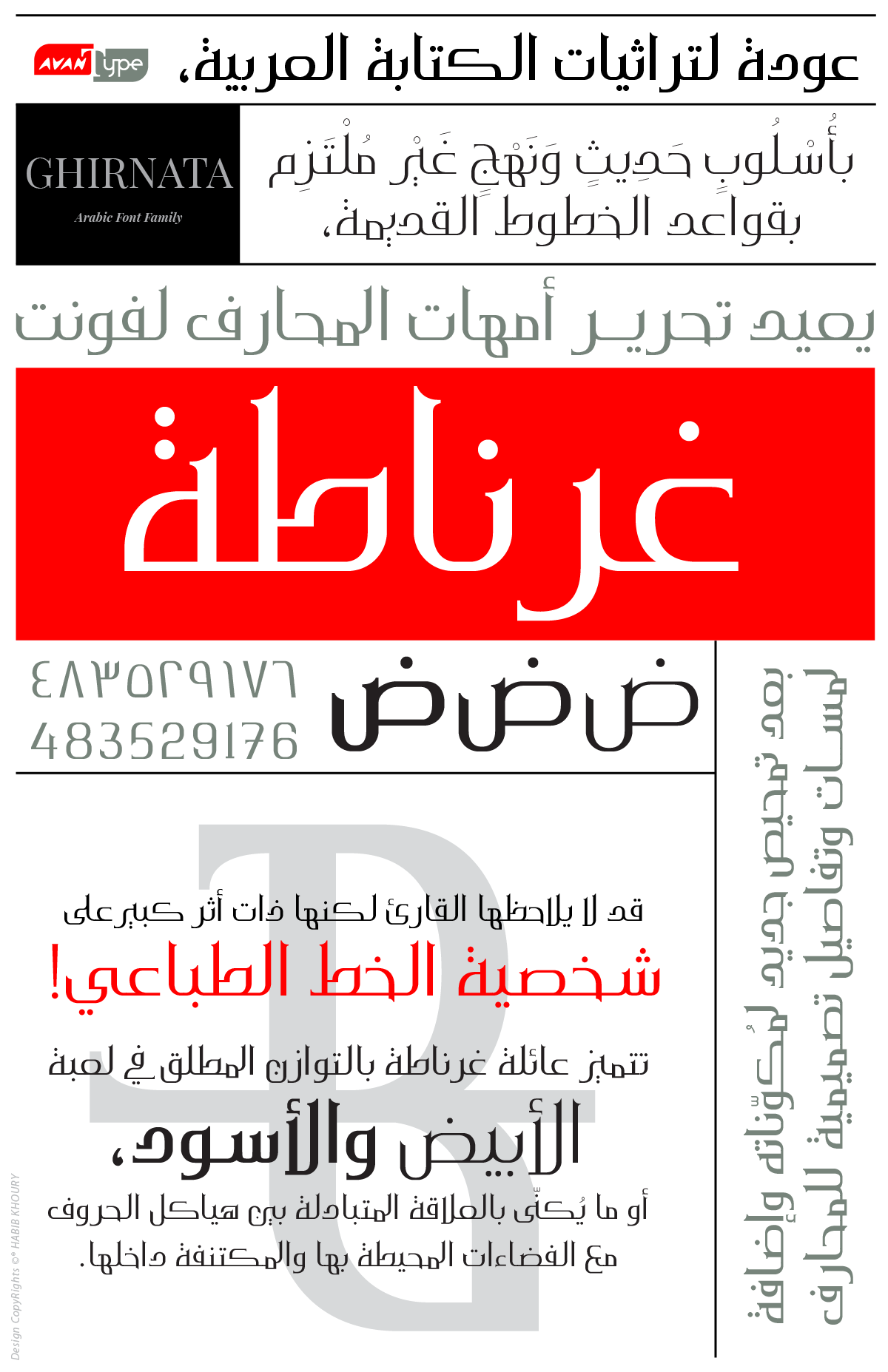 Ghirnata Arabic typeface is a display and text font family. It embraces retro attributes of Arabic lettering styles however it does not commit to the rules of ancient scripts.
The combination of modern Kufi and geometrical styles addresses the glyphs structure of Ghirnata.

The recent version has undergone refined design nuances for each letterform that may not be noticed by the ordinary reader, however it has a significant impact on the typeface “personality”. Now is characterized by an absolute balance of black and white interplay between the letters shapes and spaces around them.
A varying components of straight and curved parts; which make it highly legible and smooth reading typeface; hence it serves display of titles and slogans, as well as long paragraphs of text; rather than fulfilling the desire of typographic designers in modern and traditional productions.